I just returned home from #EMFcamp in Ledbury, UK, where I played an uplifting dark drum&bass dj-set with tunes from the last ten years, including some of my own. EMF stands for Electromagnetic Field, and it is a hacker festival, which means: camping combined with a power grid and high-speed internet access, talks, villages of geeks, technology enthusiasts and music lovers.

the view from my dj tribune.

„We have a few lasers“ was the announcement that I received when I exchanged e-mails with one of the organisers. The place where the night things where going on was named „Null Sector“. When I arrived there, I was starting to laugh out loudly, because of the understatement regarding the lasers. Right to my set there were not only „a few lasers“, but flamethrowers, a lot of smoke and dystopian containers with funky things in them and a giant buddah cat in a dome.

I had to climb up a couple of meters to reach my dj desk and although the crowd might have had the best sound down there, I had the best overview 🙂 The flamethrowers got quite warm, so I could switch off my jacket during my set, although it had only around ten degrees. People were dancing, so I think they were kept warm enough as well. I had a fun time, even did a „rewind!“, remembering the old days when we still played drum&bass on vinyl.

the flamethrowers, lasers, containers and the crowd during my set.

The organisers of the Null Sector did a really, really good job there, the place was well-visited and impressively „dystopian“ themed. Big up and thank you! Even after leaving #EMF camp I was dreaming about the „Null Sector“ for a couple of nights. I heard, that the guy who owns the lasers and did most of the lightshow has „only brought two“, but has „a lot more“ at his home. We probably will be able to excpect „a few more lasers“ next time! <3

But now, let’s have a look yourself. I got some more pictures here for you (all of them where taken during my set): 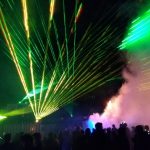 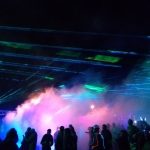 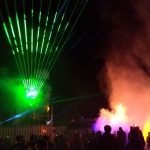 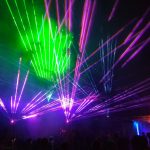 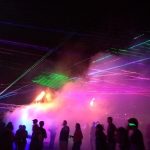 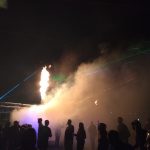 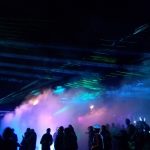 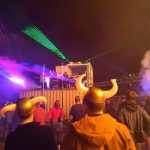 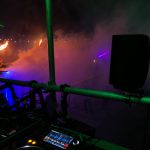 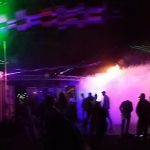 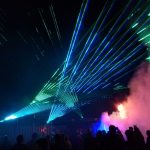 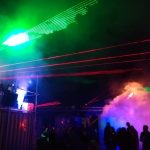 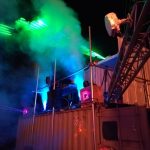 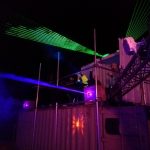 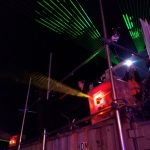